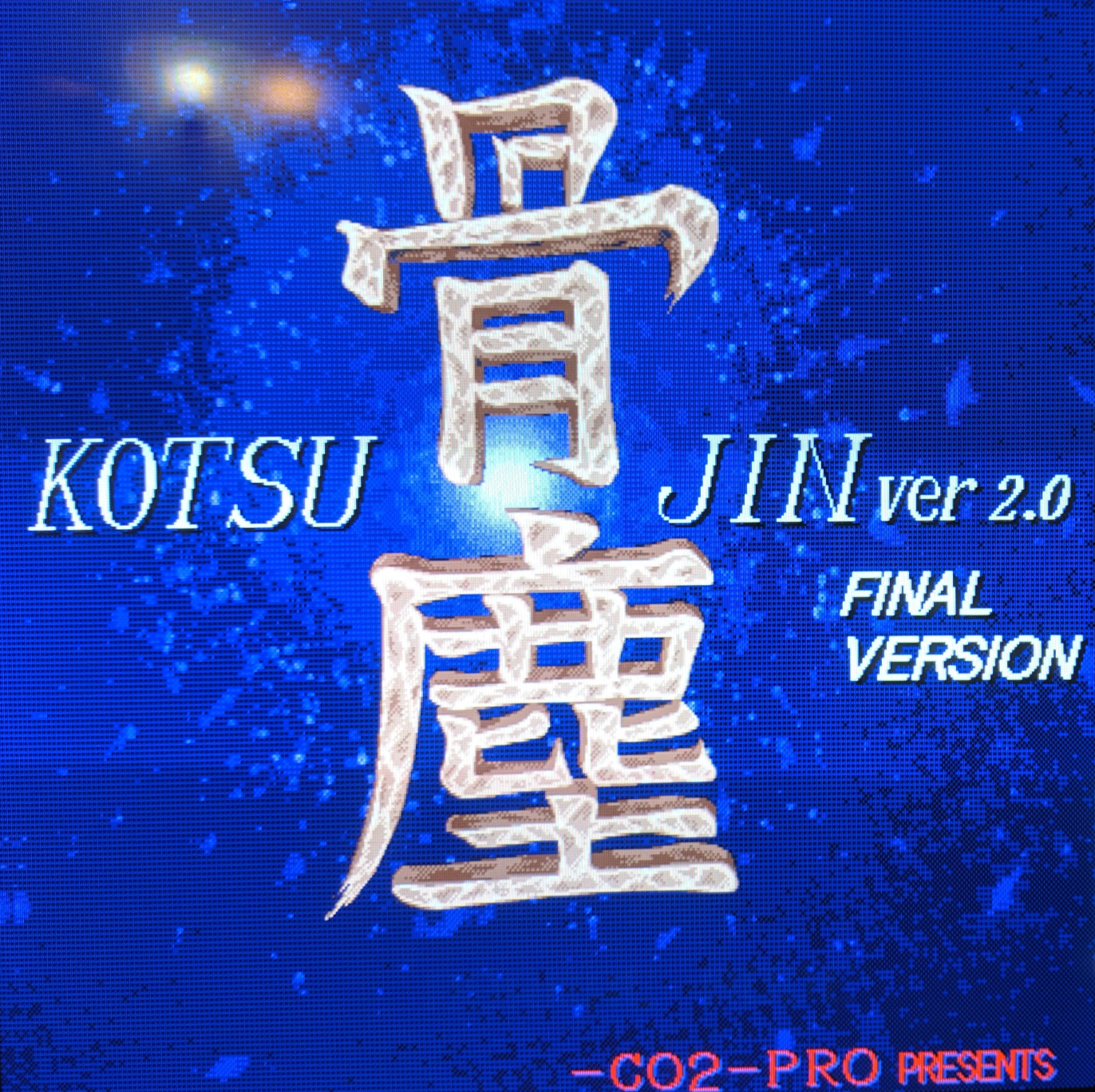 There aren’t many great action games on the PC-98, a Japanese only PC known predominantly for visual novels, but there are a few occasions where developers put in the effort and managed to create a legitimately impressive action title. CO2 Pro, a doujin developer, is known for no less than three such games: Last Breakers, Garudius 95, and Flame Zapper Kotsujin. Flame Zapper is by far the best of the bunch but the other two are important for allowing the developers to hone their skills into a sharp blade cutting right to the hearts of Shmup fans. Shmup fans… actually I guess in 1996 they were just gamers. In the same year Super Nintendo saw Megaman X3 and Super Mario RPG, N64: Super Mario 64 and Mario Kart 64, Gameboy: Pokemon Green and Red, Neo Geo: Metal Slug, PlayStation: Resident Evil and Twisted Metal 2, Saturn: Guardian Heroes and Nights Into Dreams, and PC: Quake and Phantasmagoria, and Flame Zapper Kotsujin.

Musically, in 1996, B’z had two hit singles “Mienai Chikara” and “Real Thing Shakes” as did Mr. Children with “Namonaki Uta” and “Hana (Mémento Mori)”, as well as Puffy with “Asia no Junshin” and “Kore ga Watashi no Ikiru Michi”. Feel free to queue those singles to surround yourself in time accurate music that you’d likely hear on your way to a doujin game shop to pick up Flame Zapper or while waiting in line with the other 500,000+ attendees at one of the three Comiket ’96 events.

Flame Zapper Kotsujin is a Sci Fi space shoot ’em up. Parts of it remind me of the Star Soldier series (Hudson Soft) as well as Viper Phase 1 (Seibu Kaihatsu). It takes place almost entirely in space unlike a lot of other shmups that will switch off from ground to sky and space.

I originally played Flame Zapper on a NEC PC-9821Ap which had the stock Intel 486DX2 66MHz CPU (no slouch for its time but 3 years old by 1996) and around 13MB of RAM I noticed some areas of slowdown, usually when many ships are exploding at once. It isn’t enough to affect gameplay too much but it’s noticeable and one of the driving reasons to upgrade the CPU which I did, very recently. To be honest, the 66MHz CPU is totally adequate for this game but I’m one of those guys that feels compelled to upgrade things and do my best to maximize performance. After upgrading to a 100MHz CPU, I will say that in the default 30 fps mode, the game runs really great. However, switching to 60 fps mode still crushes my machine, especially when using the purple laser. The game does get really easy with that much slowdown though 😀 I would say it’s best to stick with 30 fps mode as I’m not sure any classic PC-9821 can run this game at full speed with 60 fps.

The Effect setting lowers the quality of general effects in the game like explosions. Lowering this setting can have a positive effect on frame rate, but, for me, it effected style too much so I kept it on normal. On lower spec machines this may be helpful getting the game closer to full speed at 30 fps.

Flame Zapper utilizes two buttons, shot and bomb so pretty much any controller will do. I’ve mostly been playing with my modified Super Famicom controller, but I’d really like to try this with an arcade stick!

One of the most surprising things about Flame Zapper is the musical score. This game has a fantastic FM synthesized soundtrack by Shinoda Nobuhisa. Even if you never get to play this game, do yourself a favor and check it out. The sound effects of weapons and explosions do feel a little drowned out at times though and I wish they had a slightly harder hitting punch to them.

Your ship can use one of three main weapons at a time, each able to power up several times by collecting more of the same color power up, much like Raiden. Also, the main weapon determines what your ship’s bomb is as well.

The Red power up gives your ship an ever increasing spread shot. It is very reminiscent of the red power up in the Raiden series. At full power it will pretty much fill the screen. It’s important to note that each bullet does its own damage so at times this weapon can feel weak, but others, if you are close to what you are attacking and landing the entirety of the bullets, it can feel quite powerful too. Decent for both levels and some bosses.

The Yellow power up gives your ship a forward focused stream of arrow shaped shots. This is the most powerful weapon especially against larger, bullet sponges, but its thin spread makes it ineffective against large groups of spread out enemies. Great for bosses but rough during levels.

The purple power up gives your ship a purple homing laser. To me this feels like the weakest weapon but it does allow you to spend the game focused on your ship letting the weapon do the work. If this is more your play style then this weapon may be good for you. Decent for levels but not so great for bosses.

A short reaching spread of bullets surrounding your ship, dealing damage to enemies near it.

There are three different screen clearing bombs, one for each main weapon type.

Scoring is fairly simple in Flame Zapper Kotsujin. You get points for blowing things up, and you also get points for collecting chips (medals), and there are some special bonuses at the end of each stage.

These chips give you a flat 31,520 points. From what I can tell you can only get these after maxing the small chips, but the multiplier resets very quickly so there’s a small window where these are available after hitting max on the small chips.

If you have a shield and are able to fill your shield meter again while you are still shielded you will earn a 100,000 point bonus.

After defeating each stage boss you will see a tally of your stage points and various bonuses. The big bonuses here are the following:

When first starting with this one the difficulty is pretty tough. Some of the shots that come out of enemies and bosses may feel a little unfair but with subsequent playthroughs you learn patterns and the difficulty feels pretty spot on. You get enough continues to “quarter feed” this one and beat it but it’s definitely tough in later levels and beating it on a single “credit” will take some effort and practice. There are several difficulty options including an unlockable Mania mode. Your machine’s hardware configuration or emulator settings can also affect the game difficulty since running the game full speed can actually make it harder.

While Flame Zapper Kotsujin doesn’t do anything unique or special by today’s standards, it does everything that it sets out to do very well. The graphics are nice, classic, detailed pixel art, the music is really catchy, the simple gameplay makes it easy to pick up and play without the stress of complicated scoring mechanics, and the difficulty is well tuned and manageable. I recommend this one to anyone who enjoys classic games. Whether you just like collecting and dabbling or you are a hardened shmuper there’s something here for everyone. If you get into Flame Zapper Kotsujin and are looking for a high score board check out this thread at the Shmups forum.